Healthy skin is vital to an overall healthy body. Take care of the skin you’re in!

Did you know that skin accounts for about 15% of a person’s overall body weight? That’s the most significant percentage of any organ in the body. Taking care of your skin is vitally important to living an overall healthy life, especially when you have a skin infection.

At IDI, our team of dermatological experts diagnose and treat skin infections using their long-term experience along with the best medical technology and medications on the market. Often, skin infections can be diagnosed through expert examination, but in some instances, culture samples are required to determine the precise infection plaguing you.

Immediate attention to your skin infection can lead to faster healing times. Book an appointment with one of our skin experts today. 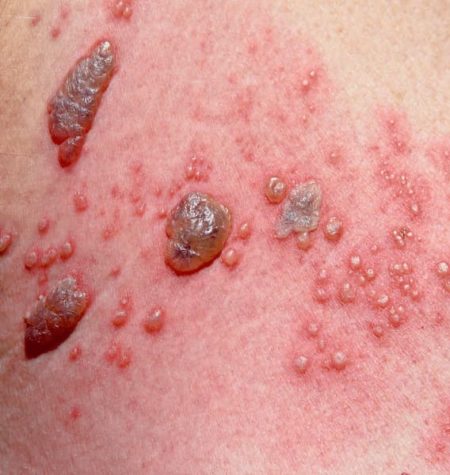 Often, outside germs are the leading cause of skin infections, no matter the type. Skin is the outermost protective layer of your body. When you get a wound, cut, abrasion, or sore, germs enter the skin and can wreak havoc, especially if left untreated. Although skin infections can vary in severity from mild to severe symptoms, they should be treated promptly to avoid further complications throughout your body.

Cellulitis is a common skin infection that affects the skin of the lower legs but can happen anywhere in the body. Symptoms include redness, swelling, fever, and a warm feeling on the surface. If left untreated it can spread to your lymph nodes and blood stream.

Most common in young children between the age of 2 and 5, impetigo is a contagious skin infection caused by strep or staph bacteria on the outer layers of skin. Symptoms include red bumps on the surface of the skin usually found on the face. The bumps fill with pus and create a crust which then leads to flat red spots. Excessive scratching will spread the infection.

There are 30 types of staphylococcus bacteria that can lead to a staph skin infection. They start out as red bumps or boils on the skin’s surface and can lead to cellulitis, impetigo or other serious long-term health conditions if left untreated.

Furuncles, or boils, are bacterial skin infections of the hair follicles that sometimes involve the adjacent tissue. Furuncles can be found anywhere on the body where hair grows, but are commonly found on the scalp, face, or thighs. Symptoms include a red bump that contains pus. Pressure causes them to burst over time leaving the area tender and swollen.

Caused by the Herpes simplex virus, cold sores can affect any area of the skin or mouth. Symptoms include one or a group of tiny blisters that pop over time, leaving an open sore. Cold sores are reoccurring and lie dormant in the body for a period of time. Treatment includes on-spot medication to speed up healing and prevent regular outbreaks.

Warts are categorized as raised bumps on the skin’s surfaced caused by the human papillomavirus and can appear anywhere. Generally harmless, they can cause pain, discomfort, and embarrassment. They are treated using various methods including spot-treatment medication, laser therapy, freezing (cryotherapy) or complete removal.

Shingles is a viral infection caused by the varicella-zoster virus. Symptoms include a red rash, pain, burning, itching, and blistering. It is most often found on one side of the body, usually on the neck, face or back. According to the CDC, 1 in 3 people will be diagnosed with shingles in their lifetime. Treatment for shingles should occur within 72 hours of symptom onset through various medication options are prescribed by your doctor.

HFMD is a highly contagious viral skin infection most commonly seen in children 5 and under. Symptoms include fever, sore throat, red blisters in the mouth, red rash on the hands, headache and overall irritability.

Get relief today! Book an appointment with one of our Skin Specialists.

A fungal infection of the skin, ringworm, or tinea can appear on any part of the skin’s surface in the shape of a red rash with a clear ring in the center. This infection is not caused by a worm as its name suggests but resembles one in the shape of a ring. Other symptoms include scaly patches and blisters. Ringworm is contagious and can be spread by skin to skin or skin to surface contact. Antifungal medication is the best treatment option for this skin infection.

Commonly known as “Athlete’s Foot,” tinea pedis is a contagious skin infection of the feet. Symptoms include itching and burning between the toes, dry skin on the soles of your feet, discolored, thick, or crumbling toenails, and cracking and peeling of the skin on your feet. The fungus that causes this infection is often found in areas with water, such as public showers, pools, and locker rooms. Immediate treatment is recommended to stop the spread.

Yeast is a natural fungus found in your body, but when it multiplies too much, due to infection, sickness or consumption of antibiotics it can lead to an infection, causing an itchy rash that may produce discharge anywhere in the body. Antifungal medications are prescribed to stop the infection.

A fungal nail infection occurs over time due to the overgrowth of fungi in, on or under the nail bed. Caused by the same fungus as athlete’s foot, nail fungus causes symptoms like, brittle nails, a nail that may lift from the nail bed easily or a foul odor coming from the infected nails. Nail infections are treated with oral antifungal medication and resolve quickly after treatment begins.

Lice is a parasitic skin infection that affects any area of the skin and scalp. Lice are tiny insects that live in the hair on your head or body and feed off the blood. Lice is highly contagious, quickly spreading from person to person by close contact or shared use of personal items like a hairbrush, towel, or bed sheets. Symptoms include extreme itchiness, sores and scabs, and the feeling that something is crawling on you.

Scabies is a skin infection caused by a mite known as the Sarcoptes scabiei. If left untreated the mites can live in your skin for months. The mites burrow into the skin to lay their eggs. Symptoms include itchiness that accompanies a red rash. Scabies can be transmitted from person to person, through furniture, clothing and bedding. Treatment involves prescription ointments and oral medication.
Blistering Diseases
Fungal Infection
Herpes Simplex
Molluscum Contagiosum
Skin Ulcers

Book an appointment at one of IDI’s 15 locations today!